Cardiac Arrest in the Young – everything a parent needs to know

Cardiac Arrest in the Young – everything a parent needs to know. Each year 600 families lose young a loved one to a sudden cardiac arrest.

The families of 12 other victims of Young Sudden Cardiac Death (YSCD) a week in the UK are left questioning why and how such a thing could happen. The statistic – 600 people a year – comes from the charity CRY (Cardiac Risk in the Young), who believe the size of the issue is not recognised. 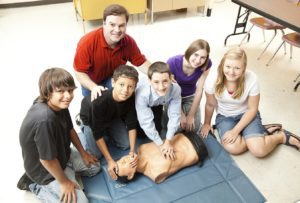 Why are young, healthy, often athletes, dying suddenly because the heart has stopped? Because of an undiscovered, often hereditary condition, these otherwise healthy young people suffer a cardiac arrest.

In 2012, Bolton footballer Fabrice Muamba (23 years old) collapsed during an FA Cup tie. His heart stopped beating for 78 minutes, and his life changed forever. He had to retire later that year, after being diagnosed with an inherited heart condition. Other sports players reported on were Marc-Vivien Foe, a Cameroon footballer who died during an international match in 2003, Wales rugby league player Danny Jones, 29, died during a game in 2015.

It is mandatory for anyone considering a professional sport career to have heart checks at the age of 16, and then regular check-ups throughout their career. The Football Association carries out 1,400 screenings a year. However not all conditions show up; Muamba was reportedly screened four times during his career before the incident.

Philips and CRY have launched The Heart Screening Awareness Partnership, designed to help families. Little Britain’s David Walliams supported this launch by appearing in a short film designed to show young people that the screening process is not a scary one.

You can see how to perform CPR on a child in our video. If you want real confidence come on a first aid training course. 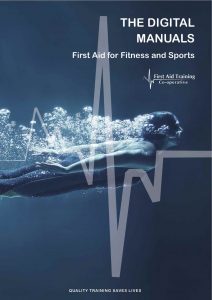 You may be interested in our Digital Sports First Aid manual. The manual is free for anyone who books on one of our first aid courses. This can be downloaded multiple times to your hand held tablet or phone and includes links to a large video library of videos demonstrating first aid techniques like CPR and injury management. The manual also contains links to a library of blogs dealing with specific illnesses and injuries.

Heat Exhaustion Heat exhaustion occurs when the temperature inside the body (the core temperature) rises to up to 40°C (104°F). At these temperatures, you may…

What is Secondary Drowning? Can you drown on dry land? Recently a man ‘drowned’ on dry land at the wheel of his car hours after…