What is the ‘Keep Children in Scotland Safe’ campaign? 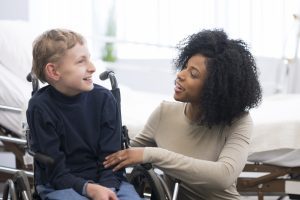 In late 2016 one of our Director, Cory Jones, asked the then Scottish Early Years and Childcare (ELC) Minister if Scotland was likely to introduce legislation to ensure that ELC Providers have trained Paediatric First Aid staff on duty when infants and children were at their premises and on school trips.

This would help to make sure we keep children in Scotland safe.

Eighteen months later, and after much discussion and negotiation with both the Minister’s office and the Care Inspectorate, it became clear that there was no intention to ask ELC Providers to guarantee to have even one trained staff member with a 12 hour Paediatric First Aid qualification on duty when infants and children were under their care.

Fundamentally, we think this is wrong.  Scotland is being left behind by the rest of the UK at a time when the Scottish Government is seeking to increase the amount of free childcare in Scotland.

In England and Wales, it is mandatory for all Early Years settings to have at least one staff member on duty who is trained appropriately with a 12 hour Paediatric First Aid qualification.  This has been the case since September 2014, but in Scotland the situation is very different as we’ve found out.

As part of this eighteen month negotiation Cory Jones tried to elicit accurate figures from the Care Inspectorate about how many ELC Providers had staff with an approved 12 hour Paediatric First Aid qualification. However these figures are not asked for, or recorded by the Care Inspectorate. 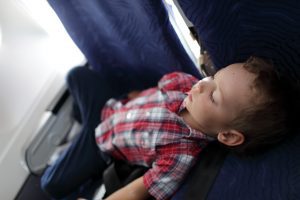 Even more alarmingly, when a Freedom of Information (FOI) was sent to the 32 Scottish Local Authorities it turned out that:

There is no consistent regulation, or even clear guidance on what level of first aid cover ELC Providers should have within their organisations.  This is clearly wrong and our children are being put at risk.

Therefore, the goal of this campaign is to ask the Scottish Government to change legislation to make it mandatory for Early Learning and Childcare (ELC) Providers to have a member of staff on duty with a 12-hour Paediatric First Aid qualification, when children are present, or on visits.

Over the next couple of weeks, we’ll be producing more content and information with background on this story via our blog and social media channels.  We hope that by raising awareness, and with enough support, we can show the Scottish Government that the current situation isn’t good enough and needs to be changed.

We’ll also be sharing lots of first aid advice that will help you if your child, or a child in your care, becomes ill or injured.

What Can You Do?

We need your support to make this campaign a success and bring Scotland at least into line with the rest of the UK.  Please keep your eyes on our Facebook Page and Twitter Feed over the next few days, and share the campaign content around your friends, family and colleagues.

Why do Childcare and Early Years staff need to complete a 12-hour Paediatric First Aid course? Not everyone realizes that first aid for infants and…