Agricultural and Forestry incidents; safety and use of machinery

Figures released by the Health and Safety Executive (HSE) have confirmed agriculture as the most dangerous industry in the UK. The headline figures make challenging reading: 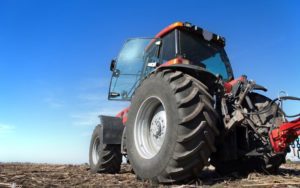 ·      A 60 year old forestry worker was trapped underneath an overturned tractor. He was felling a tree using a tractor .The tractor was being used to support and then push over the tree. As the felling cut was completed, the tree spun around causing the tractor to overturn. He was crushed under the wheel and the cab.

· A 51 year old self employed farmer sustained fatal head and chest injuries when he fell from a bucket attached to a telehandler. His son was driving the telehandler and was being used as an elevated platform to fell a tree.

Those involved in the sector, including those who hire machinery and use machinery rings should take notice of the following safety information. The industry’s age profile, regular work with heavy machinery, a tendency to work in isolation and with an ‘always done it that way’ or ‘need to get the job done’ attitude means the risk is high.

Many accidents can be anticipated. Workers should be encouraged to ‘stop and think’ before undertaking a task and do a risk assessment of the job before starting.

The HSE is a supporter of the ‘safe stop’ procedure of:

These steps should be applied before leaving the drivers seat or if anyone approaches the vehicle.

Other key points to reduce the number of incidents are;

It would also be a good idea to know what to do if there was an incident. First Aid Training Co-operative can deliver sector specific first aid courses for you at your chosen venue or if you are a smaller operator you can send staff on one of our public EFAW+F courses.

+F is a generic term mean ‘+ Forestry operations’. These courses are also relevant to many outdoor workers employed in the agriculture or horticulture sectors, landscaping and grounds maintenance, gillies and stalkers, plus fencing and machinery contractors.

Our First Aid +F courses build on the skills from Emergency First Aid at Work or First Aid at Work first aid training to provide scenario based, practical first aid skills and knowledge. These courses are some of the best in the industry and include dealing with catastrophic bleeding, crushing injury, Lyme disease, hypothermia and Emergency Action Planning.

First Aid Training Co-operative has also developed a digital first aid manual, which can be purchased online and downloaded to your phone or tablet so it is available to you where ever you are. This is a specialist first aid manual for those working in outdoor remote environments. If you operate in remote locations this means your first aid manual is always in your pocket.

The manual is free if you join one of our courses.

What is Secondary Drowning? Can you drown on dry land? Recently a man ‘drowned’ on dry land at the wheel of his car hours after…

Like so many incidents, especially in the outdoors, my recent bout of heat exhaustion can be traced back to a number of factors, all small…