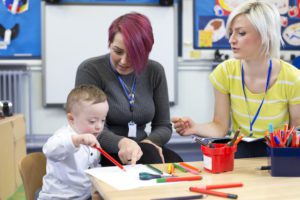 New figures from the Care Inspectorate obtained by First Aid Training Co-operative show that 33% of Early Learning and Childcare Providers (ELC Providers) do not have at least one person available at all times when children are present with current paediatric first aid training. Of those that do have trained staff less than 20% are at the level recommended by the Health and Safety Executive (HSE).

Government spokesman for Education Scotland (the Department of Education in Scotland) had previously said that “The latest data we have from the Care Inspectorate annual return data shows 98% of child daycare services had someone with a paediatric or first aid for children certificate available at all times when service users are receiving care.” (April 2018).

Cory Jones has been campaigning for almost 2 years now since a Freedom of Interest request showed that 30% of Local Authorities said they did not require ELC Providers to have staff on site with a Paediatric First Aid qualification. He says “We knew the government statistics were wrong in April but they would not listen to us. We even had a meeting with the current Minister for Early Learning and Childcare who said there was no problem. It has taken a great deal of effort but now we have managed to get the real figures from the Care Inspectorate that shows we were right. Now they have to take action?”

Scottish government advice also flies in the face of recent guidance from the Health and Safety Executive (HSE) which states that “the employer should take into account the number of children, staff and layout of the premises to ensure a first aider is available at all times and to enable a prompt response to emergencies”. The HSE is also very clear in its guidance that a ‘first aider’ in this context is some who holds a Paediatric First Aid certificate from a 12 hour training course.

Imagine – you hand your child over to a nursery at 8.30am and there is no one there to deal with first aid incidents like choking or asthma attacks, it is shocking. The government is promoting childcare provision to families but it is not safe. There have been a number of opportunities to tighten up the legislation on paediatric first aid provision but they have not been taken.

“There is no consistent guidance from either Education Scotland or the Care Inspectorate for childcare providers in Scotland. This is clearly wrong and children are being put at risk”, say Cory Jones.

The First Aid Training Co-operative has set up an online petition – “Keep children in Scotland safe”. The goal of this campaign is to ask the Scottish Government to change legislation to make it mandatory for Early Learning and Childcare (ELC) Providers to have a member of staff on duty with a 12-hour Paediatric First Aid qualification, when children are present, or on school visits.

The campaign can be seen at – https://you.38degrees.org.uk/petitions/keep-children-in-scotland-safe

Why carry two Adrenalin Auto-injectors? People who have been prescribed an adrenaline auto-injector because of the risk of anaphylaxis should carry two with them at…

Join the first aid training co-operative I was asked by Heather at MyFirstAidCourses.co.uk to write a blog post introducing ourselves and the First Aid Training Co-operative…